Dora Cavallo joined the Belleville Public School District in September 2009 as the principal of the Arthur M. Pico School #8. Three years later, she was transferred to the Belleville Middle School where she served as principal until June 2015. Mrs Cavallo will now begin her seventh year in Belleville as the principal of School Number Four for the upcoming 2015—2016 school year. She attended Kean University graduating with a Bachelor of Arts Degree in Elementary Education, then continued on to New Jersey City University and maintained a Master of Arts Degree in Administration and Supervision as well as several other certificates including Bilingual/Bicultural, ESL, and a Spanish Certificate. Mrs. Cavallo is fluent in speaking and writing in both English and Spanish. Prior to Mrs. Cavallo’s arrival in Belleville, she worked as a teacher at St. Anthony’s School in Elizabeth as well as the Newark Public Schools, for a number of years, where she served in the capacity as a teacher as well as an accomplished administrator. During her tenor in Newark, Mrs. Cavallo received the “School Leadership Team for Best Practices Award” for Newark Public Schools, for 3 consecutive years. Mrs. Cavallo, also received the ASPIRA Inc. award for Hispanic Heritage as Principal of School #8. She was transferred to the Belleville Middle School in July 2010 where she continued to strive as the building Principal. Her goals were to reinforce the importance of a good education for all students. Mrs. Cavallo was an adjunct professor for Kean University where she taught Systematic Observations/Field Experiences, Senior Seminars, ELL in American Schools, and The Bilingual Child in American Society for 9 years. Mrs. Cavallo’s goals are to conduct meaningful positive programs in order to provide each student with academic, social and cultural skills needed for optimal growth and development. She believes that a total commitment of staff, along with instructional effectiveness and positive attitudes, in a safe and orderly atmosphere, will strengthen the concepts that all students are capable of achieving optimum success. Mrs. Cavallo’s motto is “Bad Decisions…..Bad Consequences….Good Decisions….Good Consequences”, words to live by, as she quotes daily... Mrs. Cavallo believes that she will enhance the lives of the students entrusted in her care by affording them the opportunity to be truly gifted and talented in their own self. 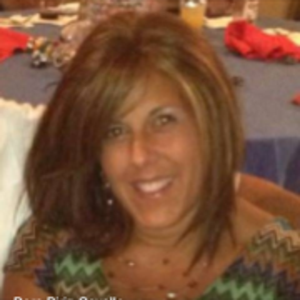